When Walking Can Kill You

In 2018, The National Highway Traffic Safety Administration reported that there were 6,283 pedestrians killed in vehicle crashes.  According to the Centers for Disease Control “[m]ost pedestrian deaths occur in urban areas, at non-intersection locations, and at night.”  Pedestrians are also 1.5 times more likely to die in a pedestrian/vehicle accident than is a passenger in a vehicle-involved crash.  One-fifth of all pedestrian deaths involved individuals 65 and older.  Alcohol was a factor in nearly half of all pedestrian fatalities.

Philly's streets, at least in some locations, are downright deadly.  According to the Bicycle Coalition of Philadelphia, pedestrian injuries and fatalities on Philadelphia streets are unacceptably high.  Compared to its' sister cities of comparable size, Philly's traffic deaths per capita are between 7% and 27% higher.

The North Broad Street and Cecil B. Moore intersection is the most dangerous, weighing in with the highest number – 45-- of pedestrian-related injuries.  But N 2nd Avenue and W Lehigh Avenue is the most lethal locale, with six pedestrian fatalities at this venue. 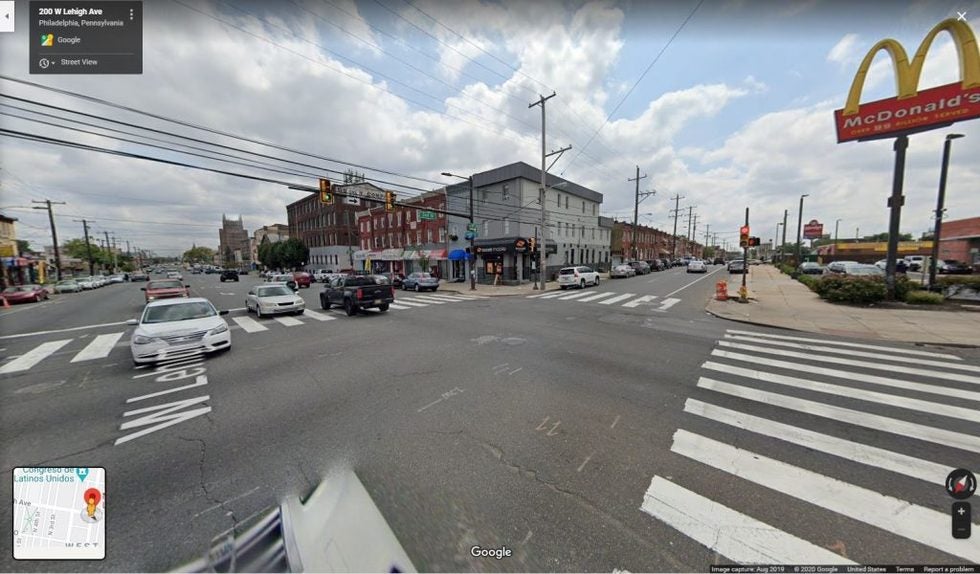 In 2015, Plan Philly noted that “since 2008, the number of Philadelphia pedestrians hit by cars has held steady at over 1,700 per year.”  According to their analysis, Philly's most deadly pedestrian locations at that time were:

Pedestrians are likely to experience severe and even lethal harm when struck by a motor vehicle, whether it is a car, bus, or truck.  These injuries cause long recuperation periods and in-patient rehabilitation stays.  The cost of such protracted treatments means mounting medical bills.  And these staggering costs can crimp the budget of the most well-heeled pedestrians.

Do You Have a Claim?

Have you suffered injuries as a pedestrian hit by a car, truck, or bus?  You may have a claim for your injuries.  Under Pennsylvania law, if your injuries occurred while you were a pedestrian, rather than while you were a passenger in a car, you may have what is called “full” tort status.  This means that your legal rights are not restricted even if your injuries are not severe or disabling.  It is always worth a conversation so don't hesitate to call to discuss your situation.

Call us today for a complimentary consultation -- 215-576-5150.  We will help you understand what avenues of relief are available to you.  We can also calculate what kinds of damages may be due you.  In short, by analyzing the facts and circumstances surrounding your accident, we can help determine whether you may, indeed, have important claims to pursue.  We are your advocate!