Every year, tens of thousands of people are injured in animal attacks. Although most victims are not seriously hurt, some are, and a number are even killed. The following information will answer some of the more frequently asked questions about such injuries.

What Should I Do? 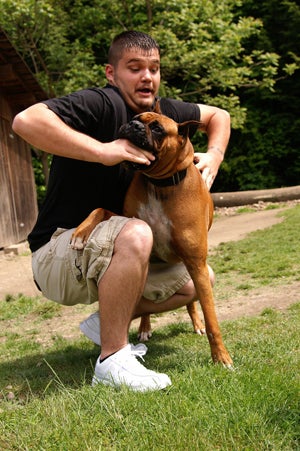 If you have been attacked by an animal, the first thing you should do is seek medical care for your injuries. After, gather as much information as you can about the animal and, if possible, its owner. If you have been attacked by a wild animal or an animal that you cannot identify, your doctor may insist that you get protective rabies shots, which is a painful experience.

If you have been attacked by an animal that belongs to someone, you may be entitled to compensation for your injuries. Make sure that you can identify the dog that attacked you. Also, get some basic information about the owner of the dog, such as his name, address, telephone number, and insurance information. Act much in the same way as you would after having a traffic accident with another driver.

Making a claim for injuries caused by an animal attack is usually a matter of contacting the insurance company of the animal's owner. Although the insurer will likely try to convince you that you do not need an attorney, don't listen to them. It is in the insurance company's best interest to talk you out of getting legal help, so be sure to consult with an attorney to protect your rights. You are ALWAYS entitled to talk to a lawyer. In the end, you will recover more money, not less, with the help of a qualified attorney.

If you are contacted by an insurance company after an animal attacks you, please don't do any of the following: