The dispatcher was chatting amiably with our driver, whom he had known for years. The driver had filled the belly of his tanker truck with a load of aviation fuel and was making his way north up the Florida interstate. The interstate crossing the flatlands of central Florida had a generous, grassy median strip about 5 car lengths wide, keeping northbound and southbound lanes safely distant from each other. Plenty of room, one would have thought, that even a severe accident on one side of the median strip would not involve the highway lanes on the far side of the generous green divide.

Suddenly the dispatcher heard our driver scream. The curdled shriek was otherworldly, he told me later. At that same moment, metal scraped on metal, and the sound of a massive, wrenching collision powered through the dispatcher's radio channel, into his headset. He sat by helplessly as the screeching sound of metal rending against metal seemed to go on and on.

The driver of the car which hit our tanker truck head-on was, we later learned, juiced up on a potent cocktail of illegal drugs. Police reports estimated his speed exceeded 95 mph. When the drugged-up driver lost control, his car went airborne, and flew across the median strip, landing headlong into our tanker truck.

Both drivers died in the collision. Our driver left two young sons and his wife behind. To this day, I wonder if our driver had not been chatting with dispatch, might he have had a second or two to avoid the crash? Otherwise stated, had he not been distracted, would another, happier outcome have been the result?

According to the Centers for Disease Control statistics on distracted driving, distracted drivers killed 2,800 people and injured roughly 400,000 in accidents during 2018. Twenty percent of the fatalities involved people who were not in a motor vehicle at the time of the crash. Rather, they were simply walking or biking on the roadway. 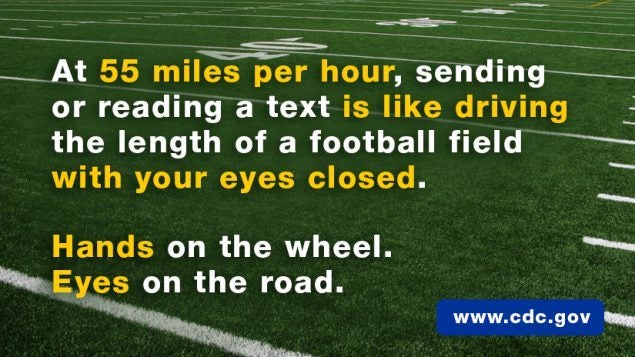 Distracted driving robbed Jacy Good of both her mom and dad as they drove home together from her college graduation from Muhlenberg College in Pennsylvania. Her brother was also nearly killed in the collision. An 18-year-old talking on his cell phone as he approached the red light, failed to stop. An oncoming tractor-trailer swerved to miss him and crashed headlong into the car carrying Jacy, her brother, mom, and dad. Jacy has become a powerful spokeswoman to fight distracted driving and reduce the injuries and fatalities it causes. For more on Jacy Good's distracted driving campaign, click here.

So, take it from us -- distracted driving kills!  If you or someone you know has been a victim of a distracted driver, don't delay!  Call us today. We can help restore you and your vehicle to the way things were before the deadly and distracted driver wrenched your life away.